Apple and Samsung are engaged in a patent lawsuit in the US, and the court case has revealed some interesting documents from both companies over the last week.

Apple are basically accusing Samsung of copying the iPhone, and now a document has been allowed in the trial which could end up being damaging for Samsung. 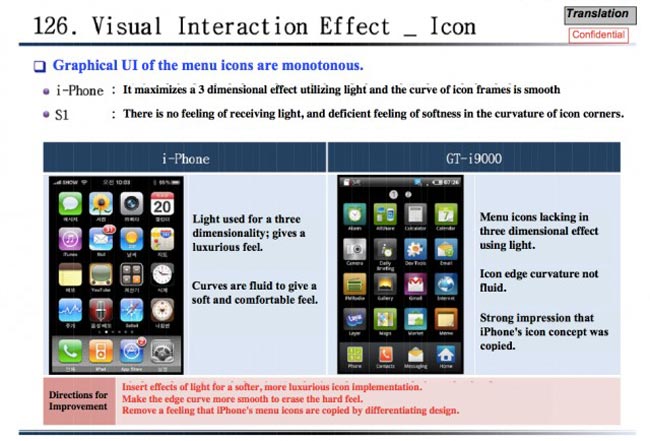 The 132 page document from Samsung is a report for 2010 which compares Samsung’s Galaxy S phone to Apple’s iPhone, and it compares the two devices side by side, with each feature of both devices compared.

The report also says that Samsung’s Galaxy S smartphone would be better if it behaved more like Apple’s iPhone and featured a similar user interface, and this could end up being bad news for Samsung.