Some of our readers will remember the Samsung W2014 that we heard about last month, the handset is now official and it will launch in China with China Telecom.

The Samsung W2014 is an Android flip phone that is powered by a quad core 2.3GHz Qualcomm Snapdragon 800 processor, the handset also comes with 2GB of RAM and 32GB of built in storage. 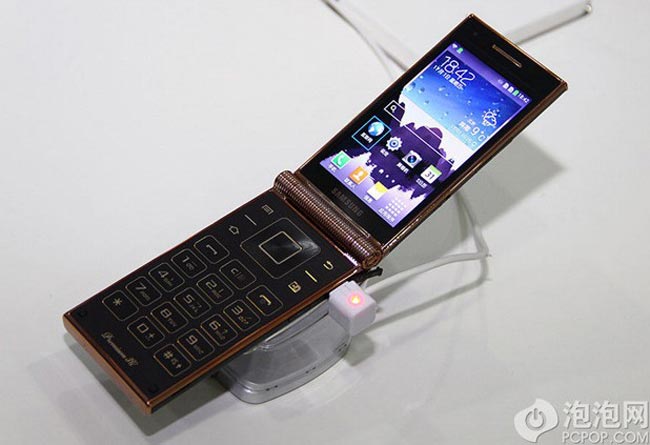 Should you need additional storage in this Android flip phone, the Samsung W2014 is equipped with a microSD card slot that can take up to 64GB cards.

Other specifications on the Samsung WM2014 include Android 4.3 Jelly Bean, the handset also features 3.7 inch displays with a resolution of 480 x 800 pixels.

The handset features a dual SIM card slot and also comes with a removable 1,900 mAh battery, there are no details as yet on when  it will be available.

Samsung have not announced the pricing on the W2014, although the handset is rumored to retail for CNY 10,000, which works out at a massive $1,640.