Samsung intends to launch what they are calling the worlds thinnest 3D Blu-ray player at CES 2011, and it will apparently measures just 23mm thick, and will feature a metal chassis.

This new 3D Blu-ray player from Samsung will also featured 2D to 3D conversion, plus a range of built in social networking features which include Facebook and Twitter, plus video streaming from sites like YouTube. 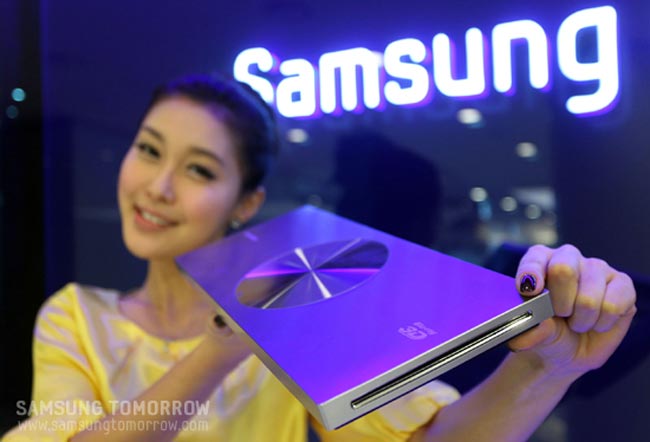 Unfortunately there really aren’t very many other details about this new ultra thin 3D Blu-ray player from Samsung, I guess we will have to wait until next week to get some more information.