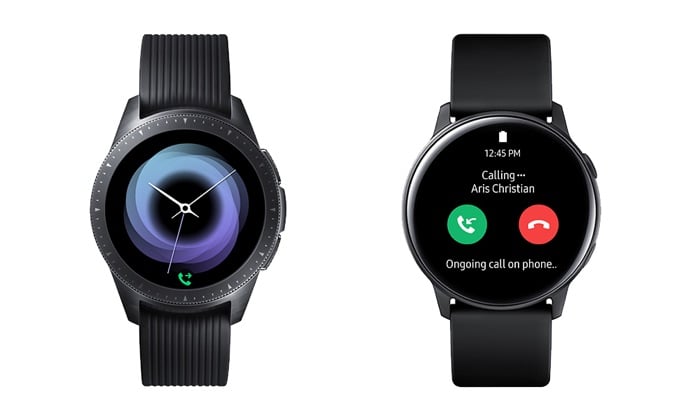 The new update brings several new UX features to both the Galaxy Watch and Galaxy Watch Active as well, significantly streamlining the user experience. Icons for in-use apps have been moved to the bottom of the watch face, helping users keep track of and quickly access any apps with in-progress tasks, such as outgoing calls. Additionally, the current time will now always be displayed on-screen when the stopwatch app is in use or users are on a call, and users can more easily customize the icons in their quick panel thanks to a change in layout. Other UX benefits include a clearer graphic UI, easier user interaction, and new emoji offerings in a range of diverse skin tones. For Galaxy Watch Active users, a new Touch Bezel interface is included in the upgrade, allowing users to navigate using finger swipe actions around the bezel.

You can find out more details about the new features coming to the Galaxy Watch and Galaxy Watch Active over at Samsung at the link below.