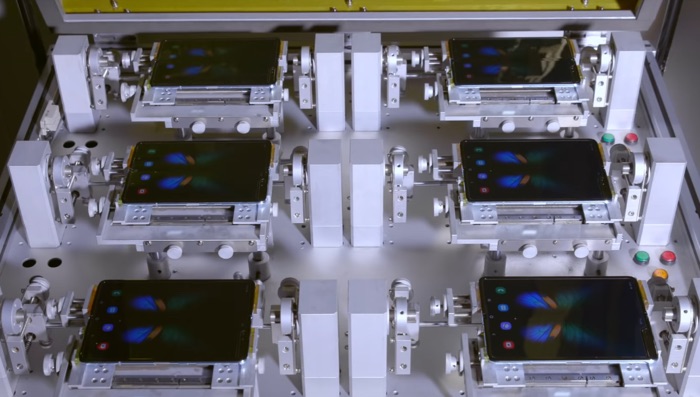 Samsung recently announced its first folding smartphone, the Samsung Galaxy Fold and now the company has released a video showing how the folding display on the device is tested.

The video below gives us a look at the machine that Samsung uses to test out the folding smartphone.

Naturally, given the smartphone’s design, a Folding Test was a pivotal part of the Galaxy Fold’s durability assessment. This test, which examines whether the Galaxy Fold can outlast 200,000 folds and unfolds (or around five years of use, if used 100 times a day), takes a full week to complete. While the extent of the test may seem like overkill to some, Samsung viewed it as vital to ensuring the durability of device’s hinged design and Infinity Flex Display.

The Samsung Galaxy Fold will go on sale next month, the handset will retail for around €2,000 in Europe.