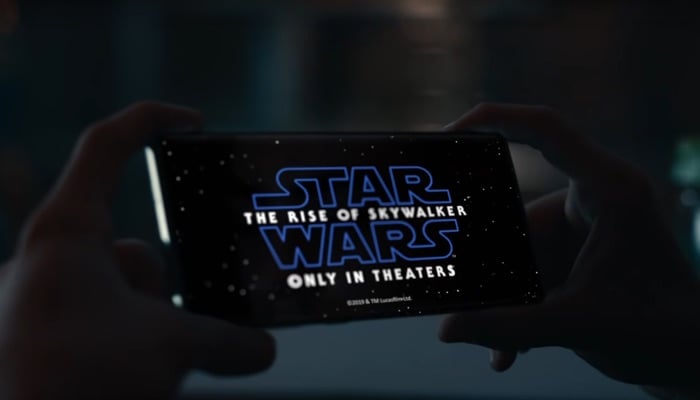 It won’t be long before the new Star Wars: Rise of the Skywalker movie hits theaters and Samsung has announced that it is teaming up with Star Wars for the holiday season.

Samsung hasn’t revealed exactly what its partnership with Star Wars will mean, although they have released a video which you can see below.

Samsung and Star Wars are aiming to create a joyous holiday season as part of its special holiday collaboration. To kick off the campaign, Samsung and Star Wars will release a campaign video centered on a dog with a striking resemblance to iconic Star Wars character, Chewbacca, as well as another character that Star Wars superfans will recognize toward the end of the video. The story of the campaign film is about a family using Galaxy devices to communicate seamlessly across their devices to make their Holiday dreams come true. With the connected ecosystem amongst Galaxy Note10, Note10+, Watch Active2 and Tab S6, the film tells that amazing things are possible. The film features a number of references to the Star Wars universe for superfans to enjoy. It will be a fun challenge to find how many hidden items are featured in the film.

You can find out more details about Samsung’s partnership with Star Wars over at their website at the link below.