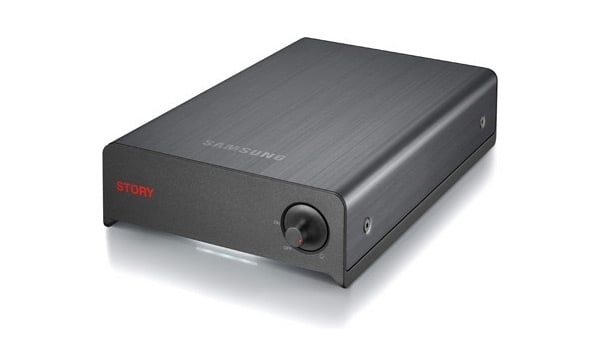 The Samsung STORY Station 3.0 has been built for advanced users who demand fast transfer speed and data security without sacrificing design say Samsung.

Samsung has pre-loads their STORY devies with several software suites including : Samsung Auto Backup, SecretZone and SafetyKey for data encryption and data protection.

The STORY Station 3.0 USB Hard Drive, available in densities ranging from 1TB to 2TB and available to purchase worldwide.