Today Samsung announced that it has begun shipping samples of the industry’s highest-density memory, a 32GB module designed for advanced servers doubling the previous density with increased power yet reducing energy requirements.

The highly-efficient 32GB RDIMM consists of 36 dual-die 40nm-class 4Gb DDR3 chips that can perform at equal or greater levels to a 40nm-based 16GB RDIMM with no increase in power consumption. 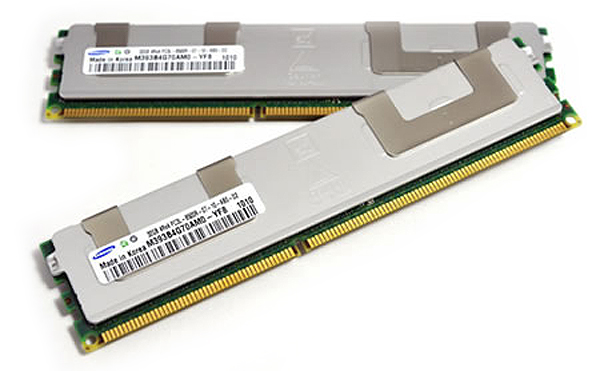 Samsung is using the industries highest-density monolithic DDR3 device,  a 40-nanometer (nm) class, four gigabit DDR3 chip  as the building block for the new 32GB module and mass production of the chip is expected to start next month.