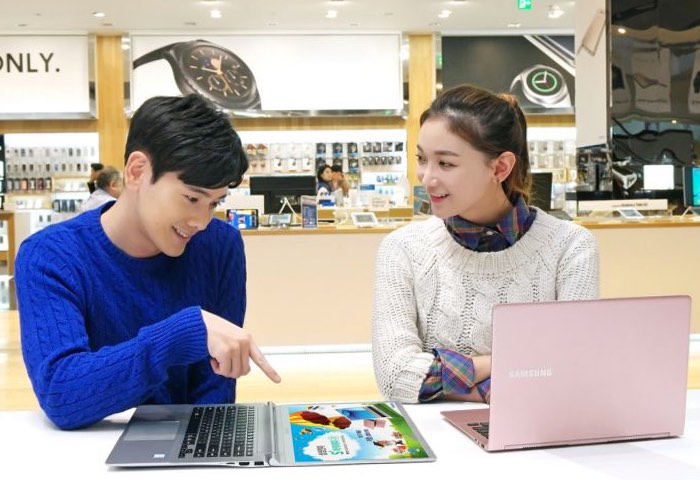 With CES 2016 just around the corner, Samsung has unveiled new Ultrabook systems that are equipped with Intel’s latest Skylake processors, which have been combined with Microsoft’s latest Windows 10 operating system.

The new hardware has been officially unveiled in South Korea, but are also expected to be announced for Europe and the US during the upcoming CES 2016 technology event being held in Las Vegas from January 6th onwards.

Features of the new Ultrabook systems include full HD displays, connectivity providing by 802.11ac WiFi, Bluetooth 4.1, 2 x USB 3.0 ports, and an SDXC card reader and the 13.3 inch systems will be equipped with 30 Whr batteries and micro HDMI ports.

The South Korean documents revealed a new of new systems Samsung has created :

As soon as more details are announced or specifications released by Samsung before CES 2016 we will keep you updated as always.