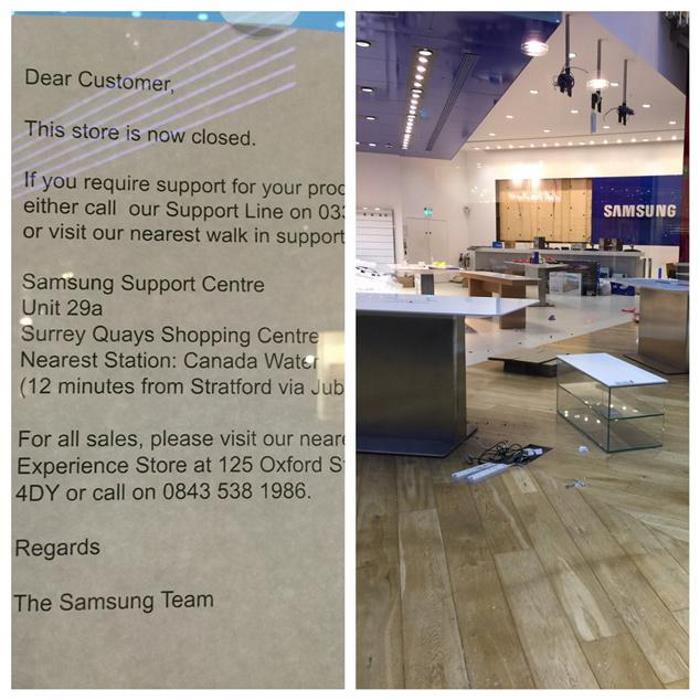 Samsung has closed its flagship store in London located at Westfield Stratford City shopping center permanently in response the declining sales for the Korean company.

The images of the closure was posted on Twitter last night, and a call to the customer service number of the store was greeted with an automated message letting users know that the store is closed for good.

Samsung said in a statement that closure of the store won’t affect the other nine retail locations across the UK. In a statement to The Verge, Samsung said, “We remain fully committed to the operation of the remaining nine Samsung Experience Stores across the UK, and wish to reassure our customers that those stores will not be affected by this decision.”

Samsung operates several experience stores across Europe and the UK, and the one in the Westfield Stratford City shopping mall was one of the biggest ones, and the first ones to sell the Galaxy S4 and later the Galaxy S5 in the UK.

This also means that Samsung may revise its plans to launch more retail locations across Europe, since the company has stopped selling laptops in the region, and with the mobile sales falling as, it’s reasonable for the company to close some of the locations to reduce the costs.