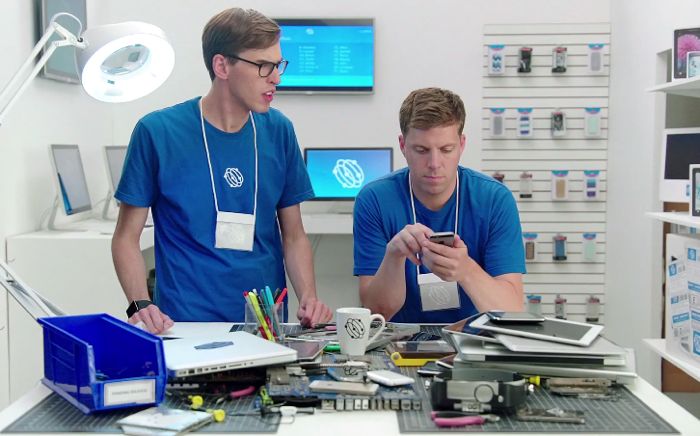 The videos below show a couple of guys dressed to look like Apple staff at an Apple Genius bar, what do you guys think, we these new adverts work for Samsung.

Some of Samsung’s adverts, which have mocked Apple in the past have been pretty funny, the latest unfortunately don’t fall into that category.

It will be interesting to see how many of these new iPhone 6 models Apple sells, and whether both the 4.7 inch iPhone 6 and also the 5.5 inch iPhone 6 end up being popular devices.