The guys over at Engadget have managed to get their hands on some slides, which show a new Samsung smartphone, and from the looks of it this could be Samsung’s flagship smartphone of 2011.

According to Engadget this new Samsung smartphone will feature Google Android Gingerbread and will either come with a 4.3 inch or 4.5 inch Super AMOLED 2 display. 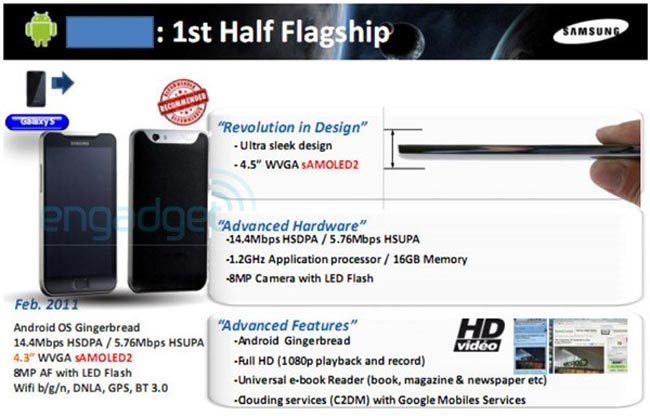 Other specifications include an eight megappixel camera which will be able to record Full HD video in 1080p, a 1.2GHz processor and 16GB of built in storage.

It certainly sounds very interesting, and if the specifications turn out to be correct, it could end up being one of the most popular smartphones of 2011. Have a look and our article on Android vs iPhone to see which smartphone and mobile platform is best for you.