Samsung launched their ATIV Smart PC, which runs Microsoft’s Windows 8 OS last year, and now they have launched a new version of the device in South Korea, although the only changes are the color scheme as this new version comes in white and keeps the same hardware specifications as the existing model. 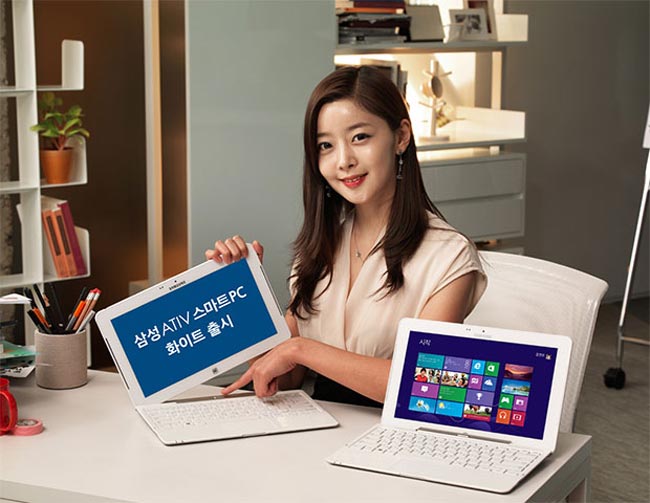 Other specifications on the ATIV Smart PC include support for Samsung’s S-Pen, 64GB of built in storage, and it comes with the keyboard dock which also features Ethernet and USB built in.

There are no details as yet on whether Samsung intends to launch the white version of their ATIV Smart PC outside of Korea, as soon as we get some more informati0n we will let you guys know.