Samsung has added a new pocket rugged camcorder to their range in the form of the Samsung W200. A pocket sized camcorder that is capable of recording full HD 1080p video at a resolution of 1920×1080 pixels @ 30fps.

The rugged design of the pocket camcorder allows it to be used in up to 3m of water and its shock proof from a drop of 2m of 6.5 ft. Its equipped with a 2.3 inch LCD viewing screen and has a 5 megapixel sensor. Together with a F2.2 bright lens, built-in USB connector and a micro-SD card slot to store the captured media content. 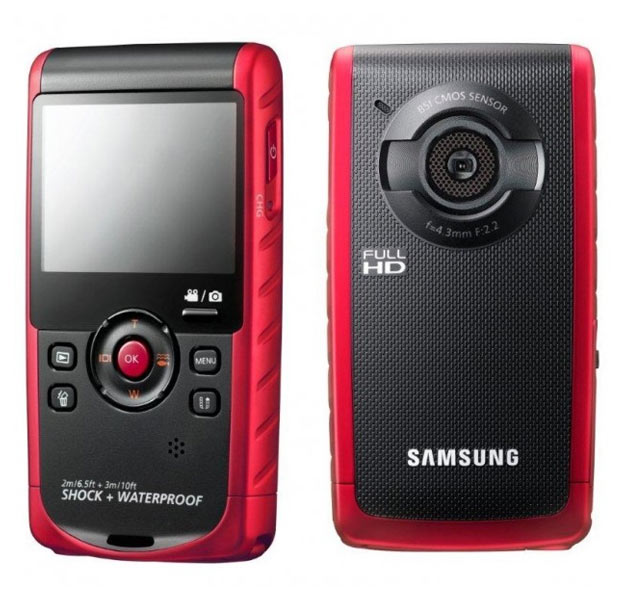 The Samsung W200 also has a number of features to help you manage your video files. One of which is Samsung’s Record Pause feature, that allows users to pause recording briefly during filming and then resume from the exact same moment. When filming is complete, footage will all be in the same file, removing the need to merge them for uploading and sharing.

Toshiba has also recently announced the launch of their first waterproof pocket camcorder in the form of the Toshiba Camileo BW10 Waterproof Camcorder.