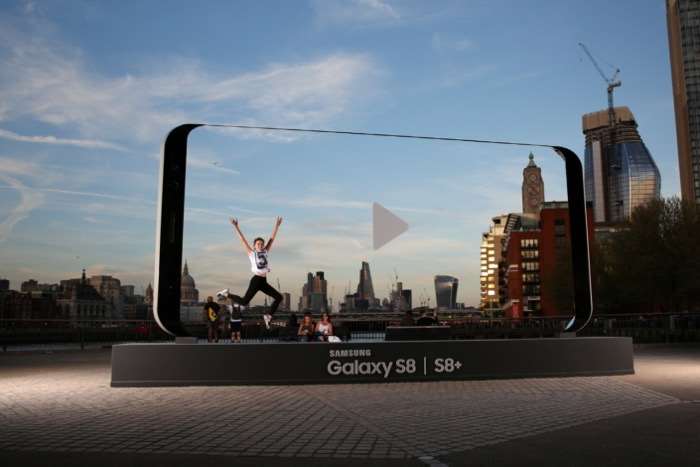 Samsung is hoping that its new Samsung Galaxy S8 smartphones are going to be a hit in the UK and the company is advertising the devices with some giant handsets.

Samsung has placed these giant handsets around the UK at a number of the UK’s popular tourist locations, which include Stonehenge, St Ives and more. 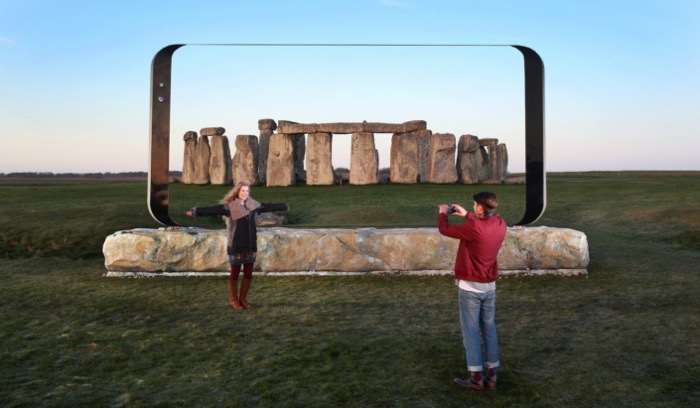 Samsung has celebrated the greatest British views by commissioning a new photography project from Matthew Cattell – Britain’s reigning Landscape Photographer of the Year which will be shot entirely on a Galaxy S8.  Matthew is travelling the length of the UK in March and April to capture a series of stunning shots at locations which were named in the study, including the London skyline, the Lake District and St Ives Bay.

Selected views named in the study are also being framed by the giant Infinity Display on a 7x3m scale model of the Galaxy S8, which Samsung are taking on tour throughout April to locations which featured in the top 20, including St Ives, London and Stonehenge.

You can find out more details about the new Samsung Galaxy S8 and Galaxy S8 Plus smartphones over at Samsung at the link below.