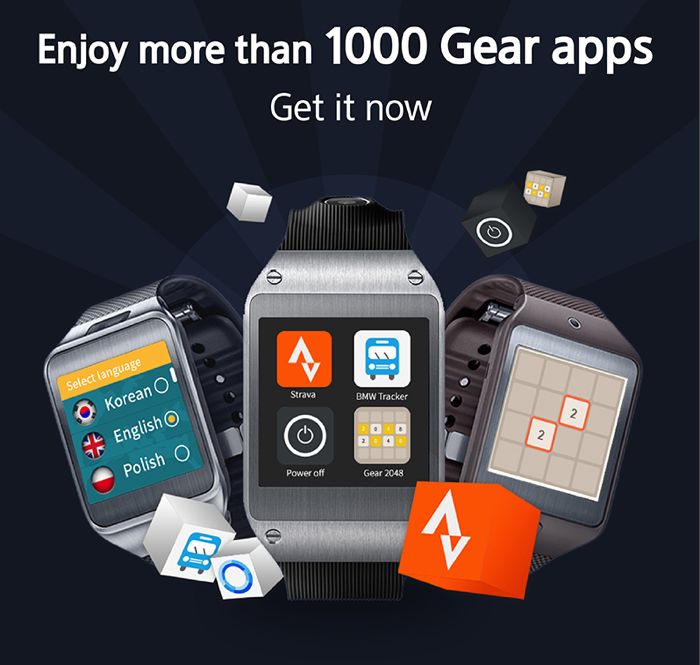 Samsung has announced that it Samsung Gear range of smart watches now have more than 1,000 apps, this includes apps for the Samsung Gear, the Galaxy Gear, the Gear 2 and Gear Neo.

According to Samsung the 1,000 plus apps that are available for its smart watches cover a wide range of categories, which include health and fitness, social networking, and entertainment.

The company also listed the top five applications for their Gear devices, which include the health and fitness apps Drink Water and Runtastic, plus an app called Baby Sitting which allows you to monitor your baby with Samsung Galaxy devices.

Also in the list of the top five Samsung Gear applications were a puzzle game called Gear 2048 and a travel app called Travel Translator.

It will be interesting to see how many apps Samsung has available for their Samsung Gear platform by the end of the year.

The company is about to get some competition for its smart watches, as the Moto 360, Apple iWatch, and new LG G Watch R are expected to launch next month, and we suspect both Apple and Motorola will have a number of apps available for their devices at launch.