The Samsung Galaxy Young comes with Android 4.1 Jelly Bean and features a 3.27 inch HVGA TFT display, processing is provided by a 1GHz processor and the handset also features 768MB of RAM. 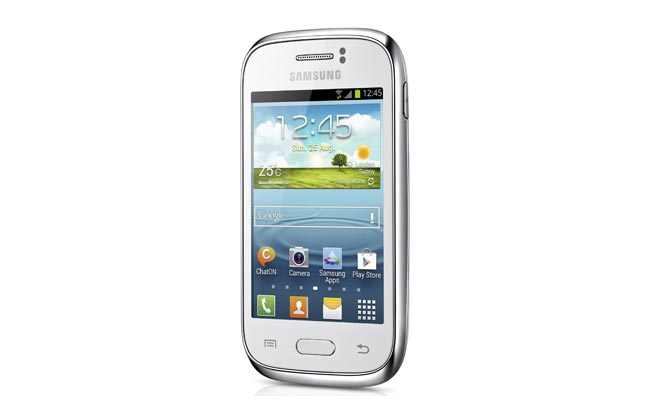 Other specifications on the Samsung Galaxy Young include 4GB of build in storage, plus a microSD card slot for expansion, which is capable of taking up to 64GB microSD cards.

The Samsung Galaxy Young comes with a 3 megapixel rear camera, plus a 1,300 mAh battery and the device also features NFC, WiFi Direct and Bluetooth, there will also be a dual SIM version of the device available in the future.

Samsung have not released any information on when the Galaxy Young will be available, there are also no details on pricing as yet, as soon as we get some more information we will let you guys know.