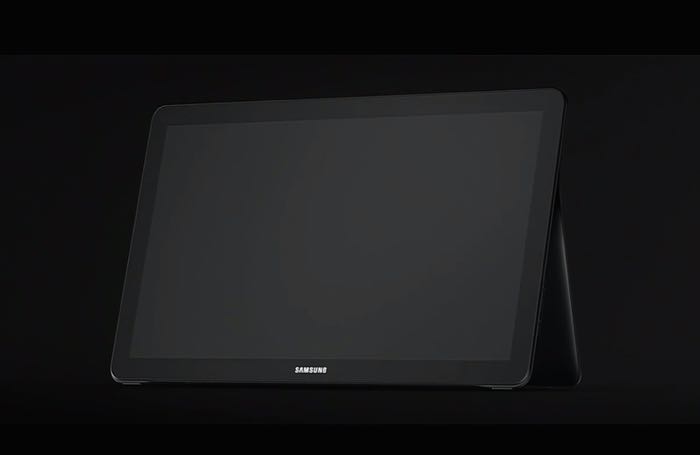 We previously heard some details about a new tablet from Samsung, the Samsung Galaxy View and now it looks like the devices specifications have been revealed in the GFXBench benchmarks.

According to Evan Blass, the Samsung Galaxy View will come with the model number SM-T670, some of the specifications for this new Android tablet have been revealed by the GFXBench.

The tablet is listed with an 18.5 inch display with a resolution of 1920 x 1080 pixels and the device is powered by an octa core Samsung Exynos 7 processor and comes with 2GB of RAM. 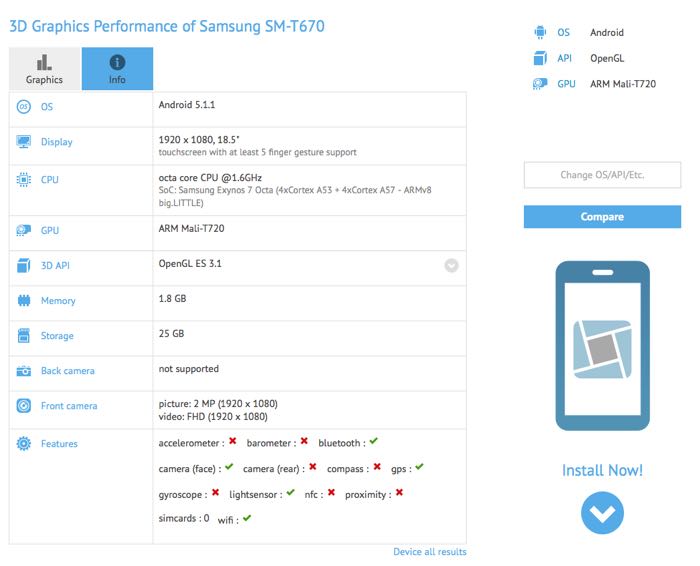 Other specifications listed ion the benchmarks include a 2 megapixel front facing camera and 32GB of included storage, the device is also listed with Android 5.1.1. Lollipop.

It is not clear as yet on when this new Android tablet from Samsung will launch, the company teased the device a while back and we suspect it should land before the end of the year.

As soon as we get some more information about the new Galaxy View tablet from Samsung, we will let you guys know.