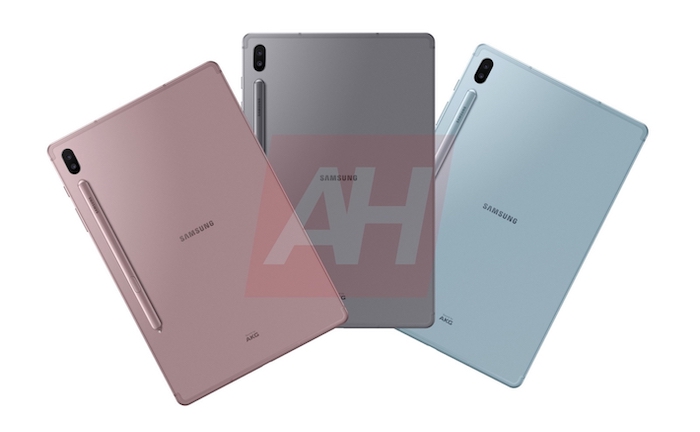 We have been hearing lots of rumors about Samsung’s latest tablet, the Samsung Galaxy Tab S6 and now we get to have a look at the tablet in some leaked press photos.

Android Headlines have managed to get their hands on some official press renders of Samsung’s latest tablet. 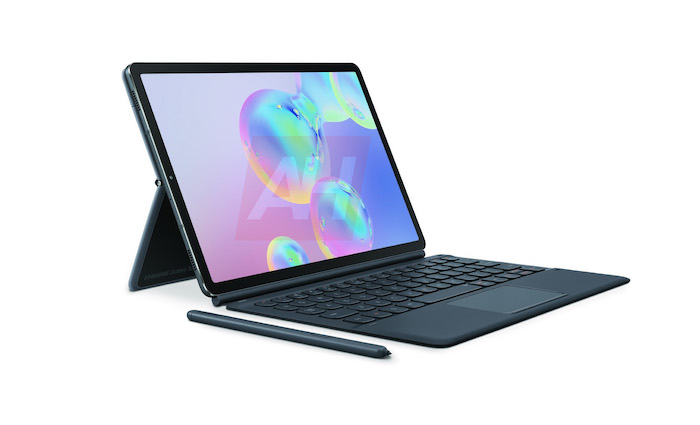 As we can see from the pictures the tablet will be available in a choice of colors and the device will come with a Samsung S PEN and will feature AKG Audio.

We previously heard that the tablet would come with a 10.5 inch display and will feature a Snapdragon 855.

The Samsung Galaxy Tab S6 is also rumored to feature i6GB of RAM and a choice of either 128GB or 256GB of storage. Those are the only specifications we know so far on the tablet.

We are expecting Samsung to launch their new Android tablet at their Galaxy Note 10 press event which takes place next month.