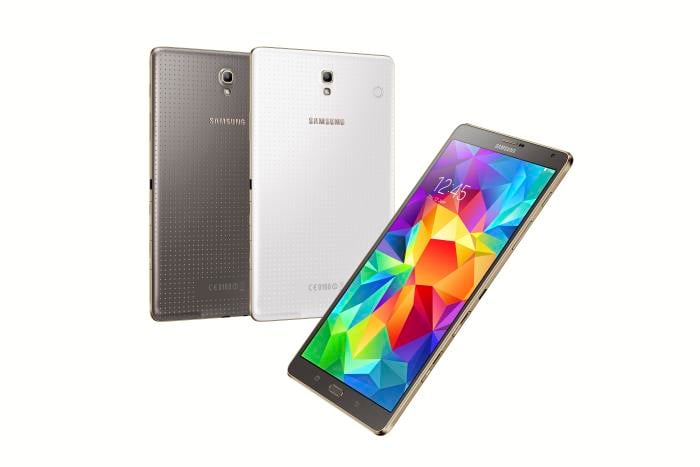 Samsung is reportedly working on the new version of the Galaxy Tab S, which is expected to launch in the next few months.

We’ve seen the tablet in benchmarks a few days back, and the Galaxy Tab S2 has apparently reached its testing phase. The alleged tablet was spotted on Zauba, a logistics website in India, for testing purposes.

A Samsung tablet with a model number SM-T715, believed to be the 8-inch variant of the Galaxy Tab S2. The listing on the site mentions that the tablet will be destroyed after the testing is complete.

The 8-inch Samsung Galaxy Tab S2 apparently features an 8-inch display sporting a resolution of 2,048 by 1,536 pixels resolution, Exynos 5433 processor paired with 3GB of RAM and 32GB of internal storage. The alleged tablet will reportedly be thinner than the iPad Air and will come with an 8MP camera for photos and videos, a 2.1MP front-facing camera and a 3,580 mAh battery to make sure there’s enough juice for the handset.

There’s no word from Samsung about its existence, but it’s expected to see the light of the day sometime in mid-2015. We’ll update you as soon as any other information comes up.