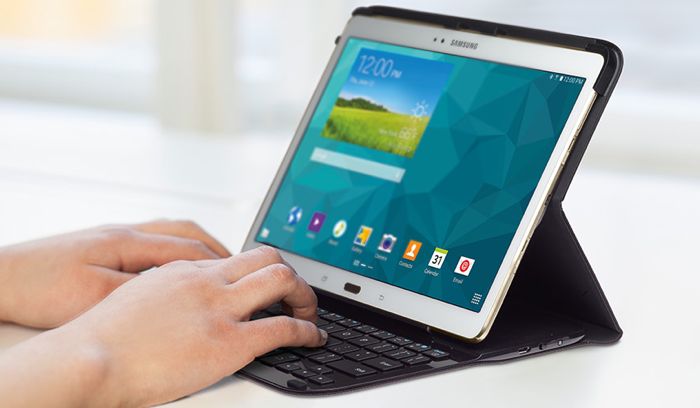 It’s been a few days since Samsung unveiled the Samsung Galaxy Tab S, featuring an amazing Super AMOLED display. The tablets are expected to hit retail next month in most regions, but several retailers across the globe have started taking pre-orders of the tablets.

If you’re residing in the UK, you be glad to know that PC World has started taking pre-orders of the Samsung Galaxy Tab S. The Samsung Galaxy Tab 8.4 16GB comes with a £329.99 price tag, while the Galaxy Tab 10.1 costs £419.99. As far as the availability is concerned, the retailer lists July 4th as the shipping date for both tablets.

For the in-store sales, Android Central’s tipster suggest it will be available on retail shelves the next day, that is, July 5th.  The tablets are also up for pre-orders in the US and Canada, and will start shipping by the end of this month.

Samsung Galaxy Tab S comes in two versions: a 10.1-inch and 8.4-inch. Both tablets come with a super AMOLED display sporting a resolution of 2560 x 1600 pixels, and comes with an 8-core Exynos 5 Octa chipset consisting of 1.9GHz plus 1.3GHz processor with 3GB of RAM and 32GB internal storage with MicroSD card support of up to 128GB.

There’s an 8MP camera on the back for photos and videos as well as a 2.1MP front-facing camera. There’s a 4,900 mAh battery on the 8.4-inch model, while the 10.1-inch version comes with a bigger 7,900 mAh battery. Both tablets run Android 4.4.2 KitKat with Magazine UI out of the box.

Are you going to purchase the Samsung Galaxy Tab S?