Today is the big day that the Samsung Galaxy Tab 10.1 hits retail shelves nationwide for you to pick up. If you are holding out for a 3G packing version of the tablet, your wait may not be a long one. A new version of the Tab 10.1 has landed at the FCC. The new version is running 3G hardware that supports the AT&T spectrum. 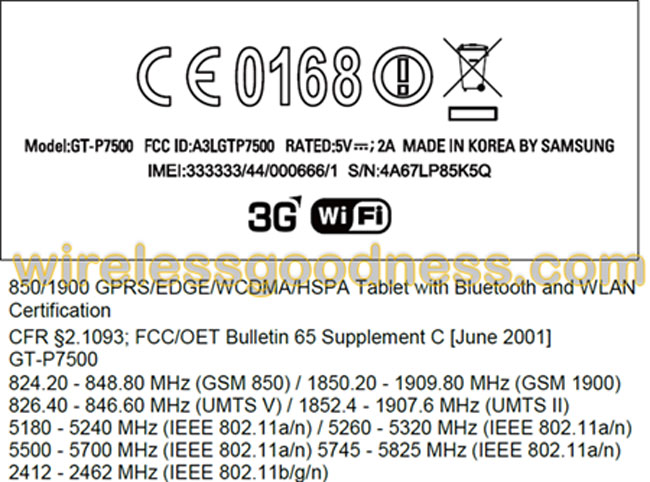 The FCC documents show that the new Galaxy Tab 10.1, model number GT-P7500, supports GSM 850 and 1900 and WCDMA bands II and V. AT&T uses that spectrum, though there is no mention of AT&T as a carrier just yet. The FCC is the last stop before the tablet comes to market.

There is no word on when the tablet will hit retail or what the price will be when it does hit stores. I think $100 more per version making the 16GB tablet about $600 and the 32GB version in the $700 range would be good guess.