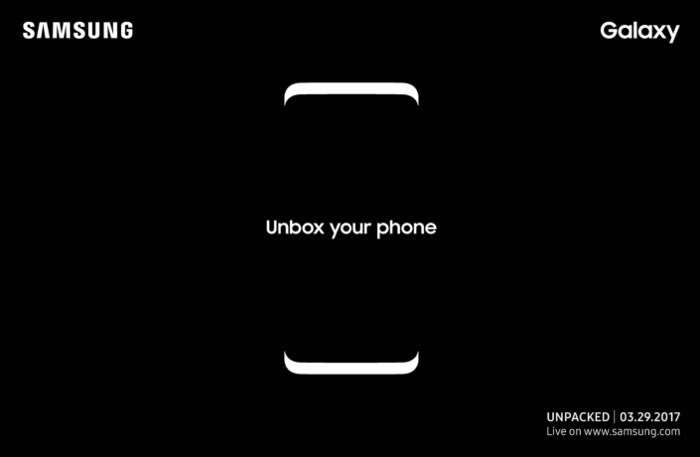 Previous rumors had suggested that the new Samsung Galaxy S8 and S8 Plus would be announced on the 29th of March and Samsung has now confirmed this.

Samsung has revealed at Mobile World Congress that the new Galaxy S8 and S8 Plus will be announced at a press event on the 29th of March.

On March 29, Samsung Electronics will unveil the newest Galaxy as part of its endeavor to unbox your phone.

The forthcoming addition to the Galaxy lineup represents the start of a new era, by reshaping the device that has over the years become an indispensable tool in our everyday lives.

The event will take place in New York at 11:00 am EDT and Samsung will live stream the event, the handsets are expected to go on sale in early April.