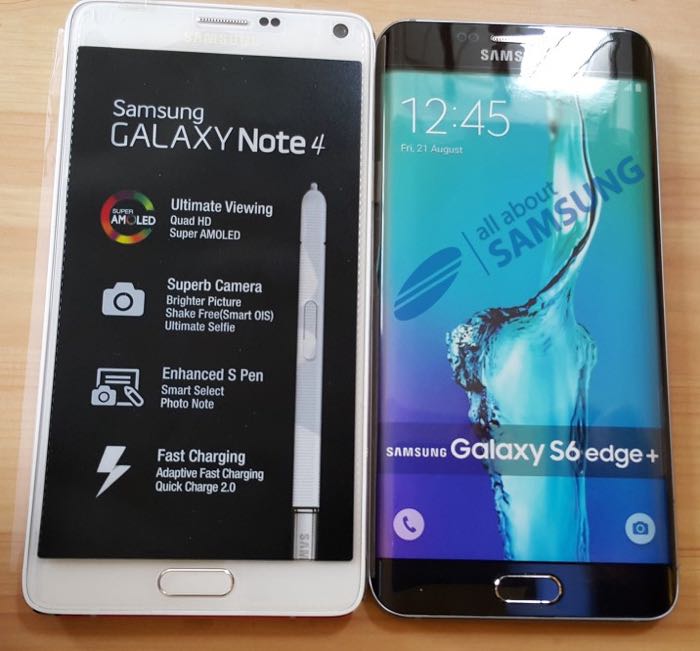 The photo above shows the dummy unit of the Samsung Galaxy S6 Edge next to the Galaxy Note 4 and this gives us an idea on the size of the handset.

Samsung are expected to announced the Galaxy S6 Edge Plus along with the new Galaxy Note 5 at a press event on the 12th of August, both handsets are expected to go on sale next month.

The handset is rumored to come with a hexa core Qualcomm Snapdragon 808 processor and 3GB of RAM, the device will also come with a 5.7 inch display which will have a Quad HD resolution of 2560 x 1440 pixels.

Other rumored specifications in the new Samsung Galaxy S6 Edge Plus smartphone include a 5 megapixel front facing camera and a 16 megapixel rear camera, the handset will come with a 3000 mAh battery and Android Lollipop.