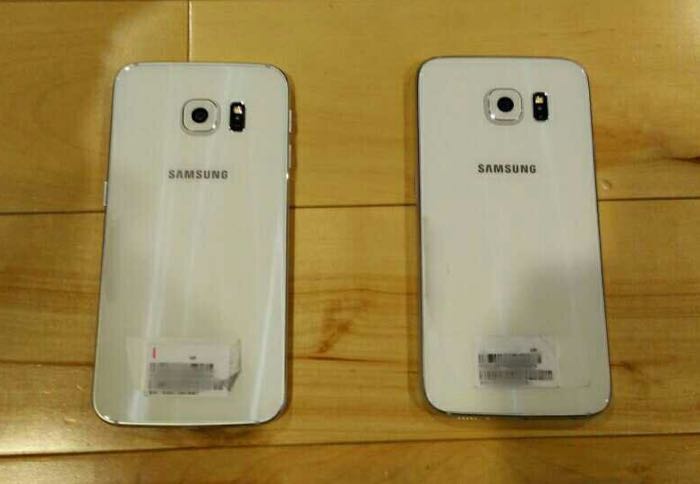 The Samsung Galaxy S6 and Galaxy S6 Edge smartphones will be announced this Sunday at Samsung’s Mobile World Congress press conference and now some photos of these new smartphones have been leaked.

These are the first actual photos we have seen of the new Galaxy S6 and Galaxy S6 Edge handsets and they show the design of both devices.

Both the Samsung Galaxy S6 and S6 Edge are expected to come with similar specifications, which will include a 5.1 inch Quad HD display with a resolution of 2560 x 1440 pixels, although the S6 Edge display is curved on the sides.

Processing on these new Galaxy S6 smartphones will come in the form of an octa core 64-bit Samsung Exynos 7420 processor and both devices will come with 3GB of RAM. 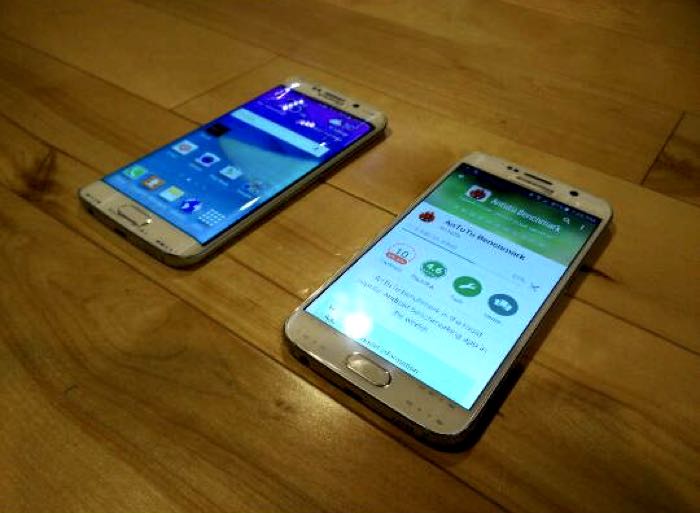 There are rumored to be three storage options on the Samsung Galaxy S6 and S6 Edge which will include 32GB, 64GB and 128GB.

Both devices are rumored to feature the same cameras which will include a 20 megapixel rear camera with a range of advanced features and a 5 megapixel front facing camera for Selfies and video chat.

The Samsung Galaxy S6 and S6 Edge are expected to go on sale in March, although the supply of the curved screen version of the device is rumored to be limited at launch.