The video below shows how fingerprint scanning works on each device, it shows us how it is setup on both handsets and also how the software works. 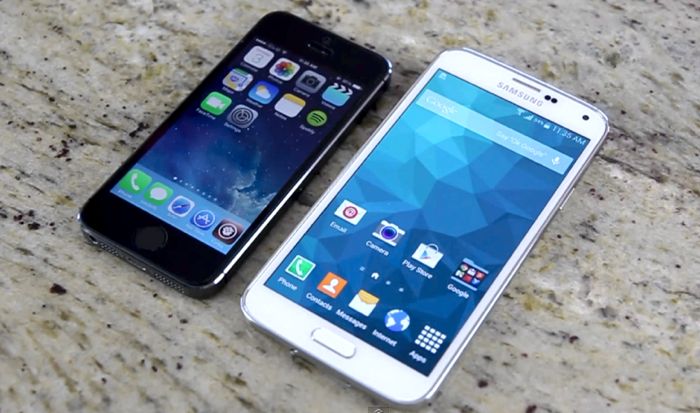 As you can see from the video, both the iPhone 5S and the Samsung Galaxy S5 have different systems for registering your fingerprint to your handset.

On the Samsung Galaxy S5, the fingerprint scanner is built into the handsets display, you register your fingerprint by swiping your finger in the display.

Both systems seem to have a number of differences on the way your fingerprint is scanned, although the perform similar functions.