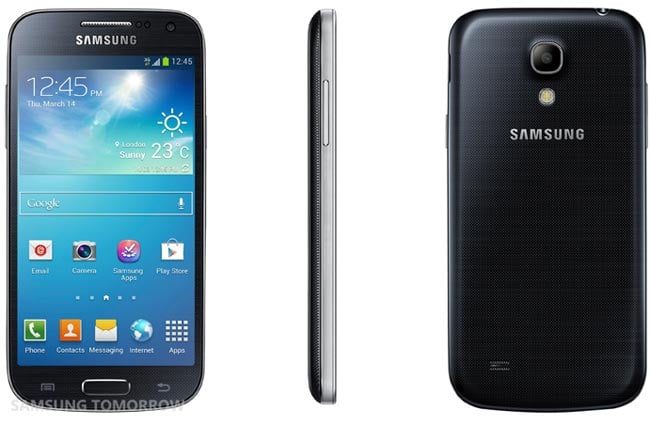 The Samsung Galaxy S4 Mini comes with 1.5GB of RAM and also features 8GB of built in storage, there is also a microSD card slot which can take up to 64GB microSD cards.

other specifications on the Galaxy S4 Mini include a front facing 1.9 megapixel camera and a rear facing 8 megapixel camera, the device also features 802.11 a/b/g/n WiFi, GPS, Bluetooth 4.0, NFC and LTE. 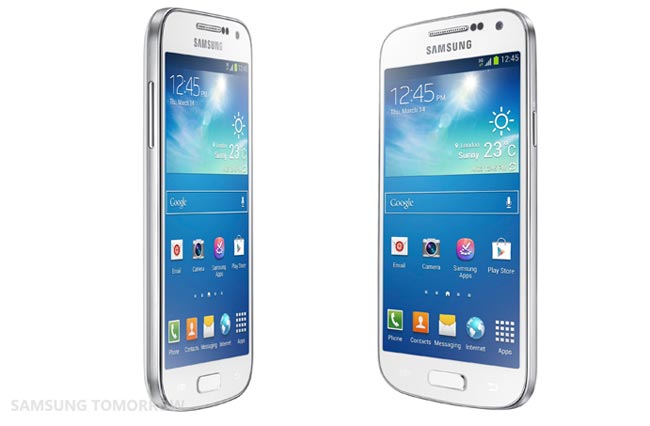 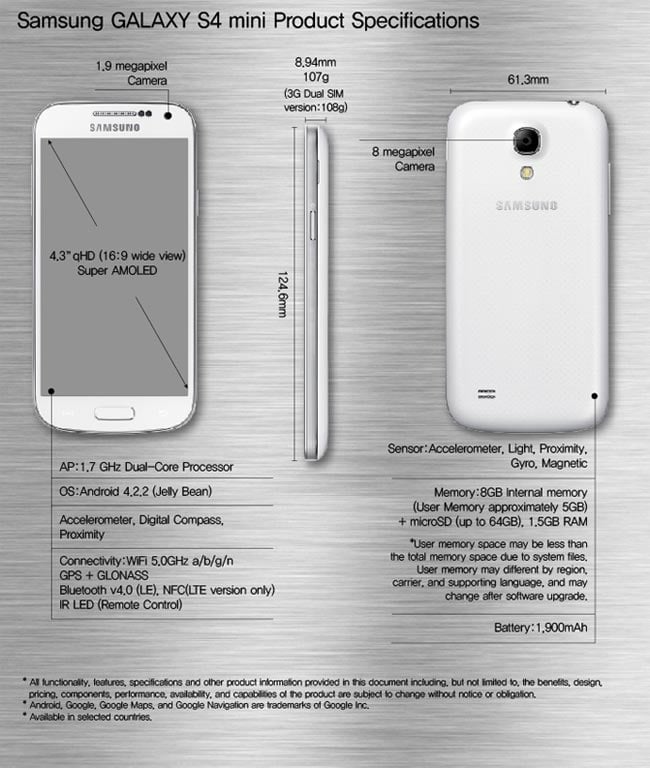 The Samsung Galaxy S4 Mini will launch in White Frost and Black Mist, it will be available in a number of versions which will include a 4G LTE S4 Mini, a 3G HSPA+ S4 Mini and a 3G Dual SIM.

Samsung have not given an exact release date for the Samsung Galaxy S4 Mini, we can expect to hear more details about the handsets launch at the Samsung press event next month.