Earlier we saw a photo of a white Samsung Galaxy S4 Mini, and now it would appear that the device has actually turned up on Samsung’s website, the photo below was taken from Samsung’s Content & Services app page.

The Samsung Galaxy S4 Mini is rumored to come with Android 4.2.2 Jelly Bean and will feature a dual 1.7GHz Qualcomm Snapdragon S4 processor, plus and Adreno 305 GPU. 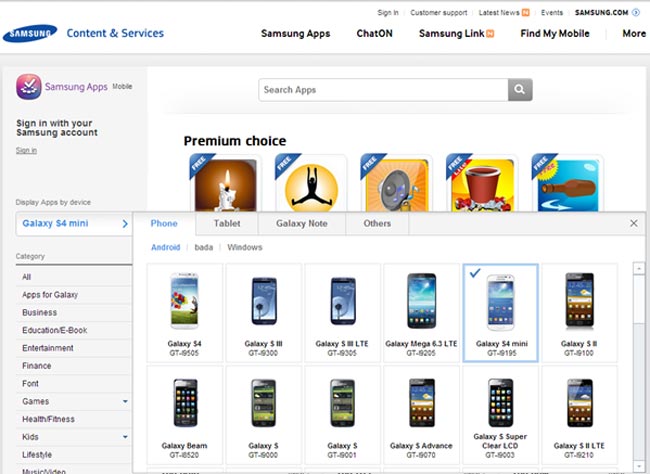 Other specifications ion the Samsung Galaxy S4 mini will include a 4.3 inch display with a resolution of 540 x 960 pixels, the handset will also come with Bluetooth 4.0, GPS and 802.11n WiFi.