Earlier in the week we heard that the AT&T version of the Samsung Galaxy S4 came with a locked bootloader, and now it looks like Dan Rosenberg has managed to unlock the bootloader on the S4. 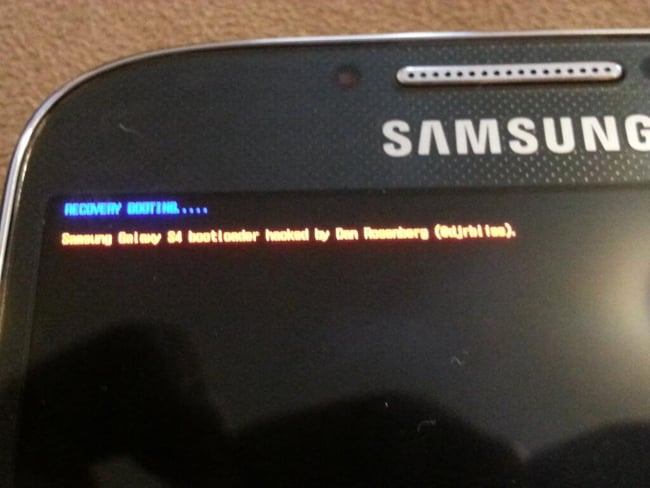 When will this be released?
I will not be publishing anything at least until the Verizon-branded Galaxy S4 begins shipping (late May).

You can find out more details about the Samsung Galaxy S4 bootloader being unlocked over at the XDA Developers forum.