We have been hearing rumors for quite some time that Samsung are working on the next generation Galaxy S smartphone, the Samsung Galaxy S2, the latest thing we heard that Samsung would unveil it at MWC in February.

It looks like we may have an official announcement from Samsung on the Galaxy S2 on the 13 of February, as they have just placed a teaser image on their Samsung Mobile site, with the date of the 13th of February. 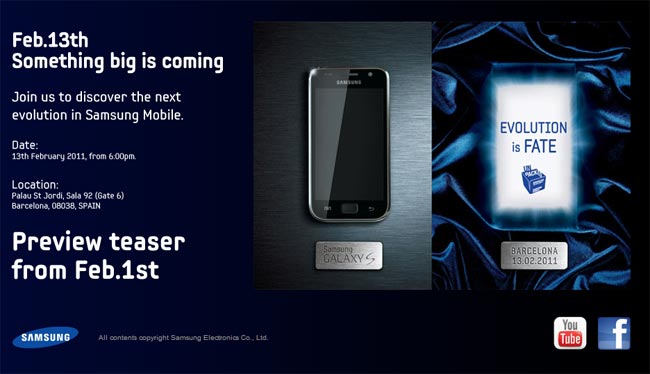 The Galaxy S2 is expected to have similar features to the Samsung produced Google Nexus S, including Android 2.3 Gingerbread and also NFC capabilities.

The Galaxy S2 is also expected to have a dual core processor and a gyroscope, rather than the single core 1GHZ processor on the current Galaxy S smartphone. Have a look at our Samsung Galaxy S2 Review to see what we thought of Samsung’s latest Android smartphone.