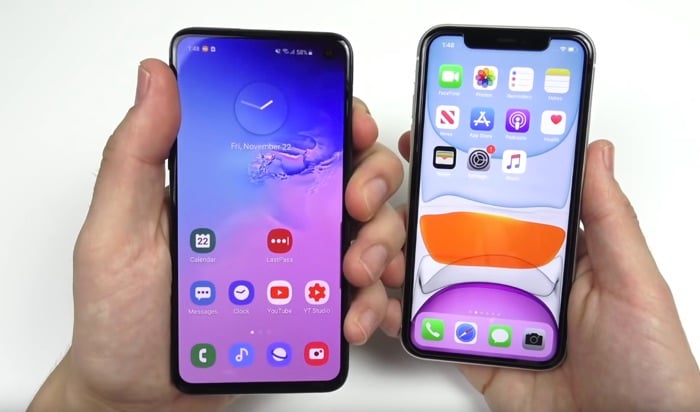 In the video below from Nick Ackerman we get to see the Galaxy S10e and the iPhone 11 side by side and compare the features of the two devices.

The iPhone appears to be quicker at loading some of the apps than the S10e, including many of the games.

As we can see from the video both handsets are great devices, the iPhone 11 retails for $699 and the Galaxy S10e retails for $749, although Samsung is offering it for $549 in the US at the moment.