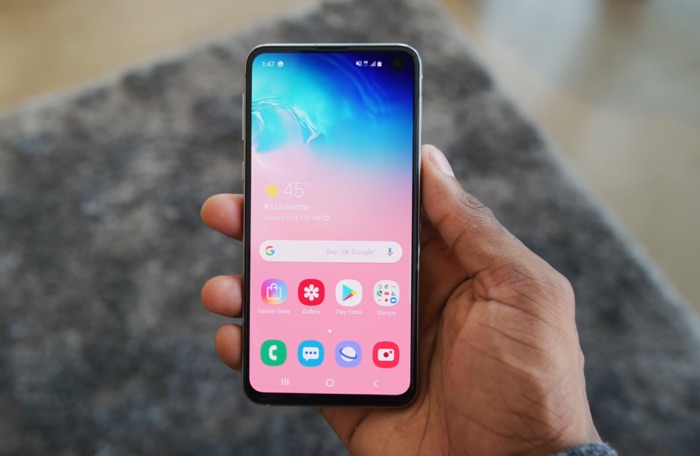 Samsung announced four versions of their Galaxy S10, the entry level version of the handset is the new Samsung Galaxy S10e.

The video below from Marques Brownlee gives us a look at Samsung’s new entry level smartphone, this is the cheapest one in the range with prices starting at $750.

The new Galaxy S10e is designed to take on Apple’s entry level iPhone XR which also retails for $750, the S10e has slightly different specifications to the Galaxy S10.

The handset looks pretty impressive from the video and the display with the camera cutout looks better than the notch on Apple’s iPhones.