Earlier today, Samsung’s mobile chief, JK Shin, confirmed that Samsung will announce the new Galaxy S III Mini tomorrow, and now it would appear that some specifications of the handset have been confirmed and also a leaked photo of the device has been revealed.

Then guys over at German mobile site Mobile Geeks, posted the following photo on their website, which is apparently of the new Samsung Galaxy S III Mini, and some further specifications have been revealed. 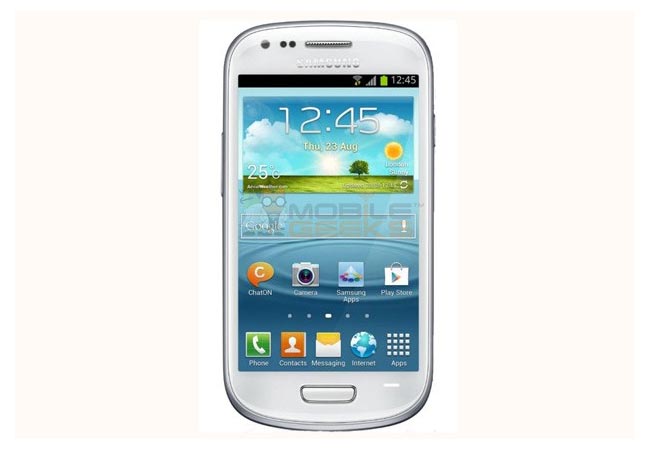 The Samsung Galaxy S III Mini will come with a 4 inch touchscreen display with a resolution of 800 x 480 pixels, the device will feature a dual core 1GHz processor and a 5 megapixel camera.

The above specifications tie in with the rumors we have been hearing over the last few weeks, we should have full details on the new Samsung Galaxy S III Mini tomorrow.