The Samsung Galaxy S III isn’t due to go on sale to the end of the month, but its looks like the guys from HDblog have already managed to get their hands on the new Galaxy S III.

The video below shows the Samsung Galaxy S III being unboxed, and we also get a brief look at the handset and some of its features, the video is in Italian. 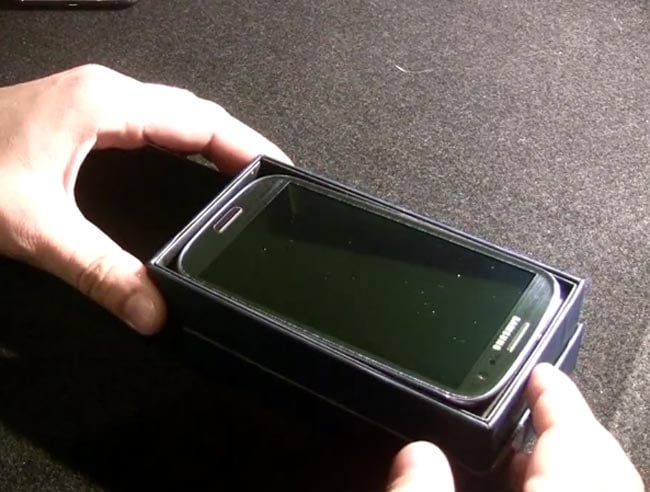 The Samsung Galaxy S III also features dual cameras, with a 1.9 megapixel camera up front for video chat and a rear facing 8 megapixel camera for videos and photos, plus NFC, WiFi, GPS, Bluetooth 4.0 and it will be available with a choice of either 16GB or 32GB of storagem Samsung has also said that they will launch a 64GB version later on.