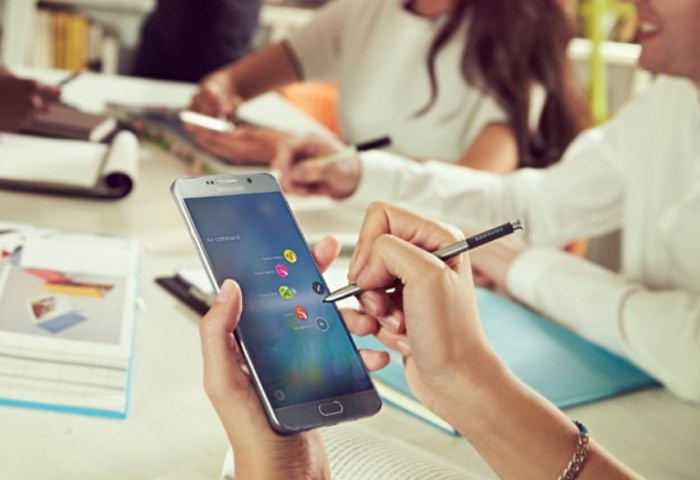 The newly announced Samsung Galaxy Note 5 smartphone will be available to purchase later this month from August 21st 2015 and is equipped with the same octa core Samsung Exynos processor as the S6 although it is now supported by 4GB of RAM.

Other features of the Galaxy Note 5 include a 5 megapixel front facing camera for video calling, together with a 16 megapixel rear facing for video and photographs. Together with a 5.7 inch Super AMOLED capacitive touchscreen, and storage option in the form of either 32GB or 64GB.

Samsung has created another quick reference infographic to highlight the main features of its new Galaxy Note5 smartphone. 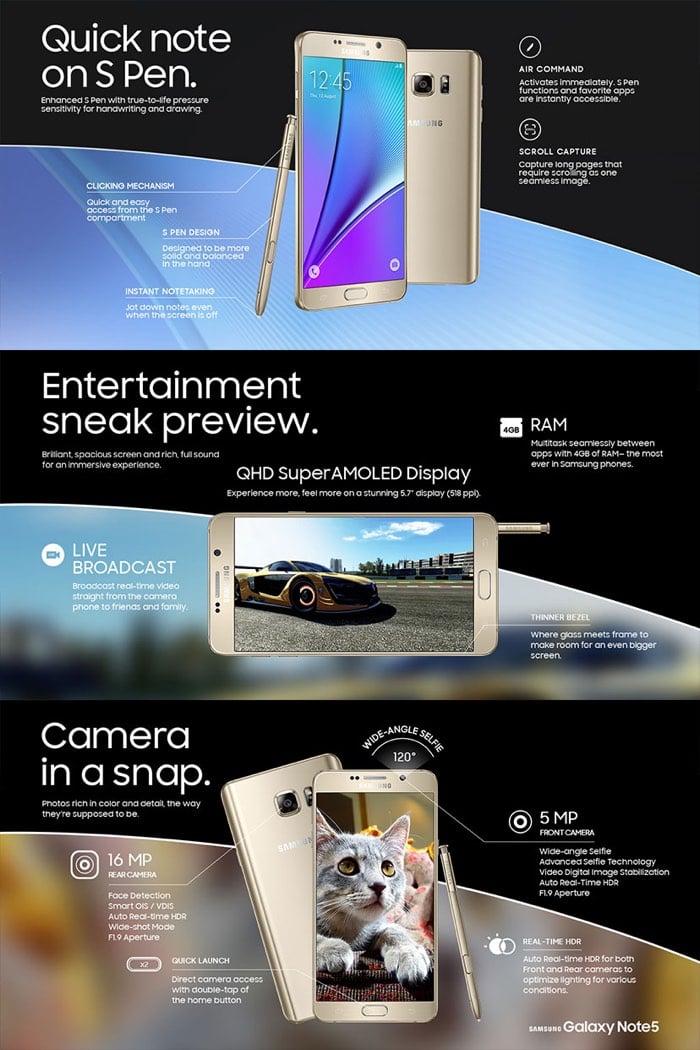