Things are kicking off with the rumored Samsung Galaxy Note Pro which is expected to come with a gigantic 12.2-inch display. Recently, we heard that it might launch in two versions (SM-T905 and SM-P905), as well as a leaked image of what the device could look like.

For those of you residing in the US, a new report suggests that Samsung Galaxy Note Pro is headed to AT&T with model number SM-P907A. Source? Well, the prediction is made by none other than the prolific Twitter leaked, @evleaks. 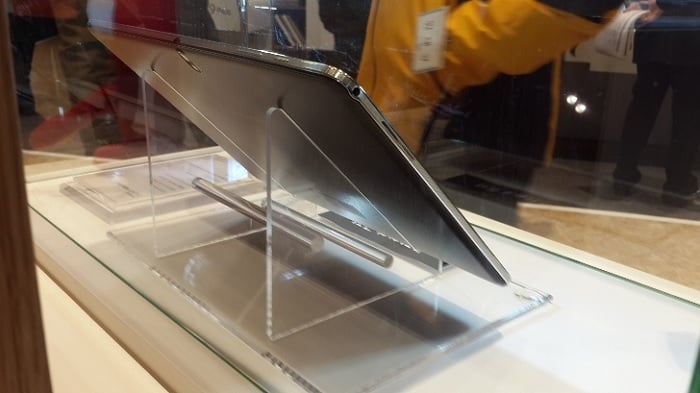 Based on rumors, the tablet is rumored to feature a 12.2-inch display sporting a resolution of 2560 x 1600 pixels, 3GB of RAM with Snapdragon 800 SoC under the hood, or possibly the latest Snapdragon 805. On top of it, the tablet is expected to come with Android 4.4 KitKat pre-installed out of the box.

There’s no official word from Samsung about the tablet, but if rumors are to be believed, it will make it’s first official appearance at the Mobile World Congress 2014, where Samsung is expected to unveil a whole bunch of products. If you’re a Samsung fan, you should mark you calendars for February 24th to February 27th as these are the dates when MWC 2014 will take place.