Whilst Samsung are not expected to announce their new Galaxy S4 smartphone at next month’s Mobile World Congress, they will be introducing a number of other devices which will include the new Samsung Galaxy Note 8.0.

Last week we saw some photos of the new Galaxy Note 8.0, and also heard some specifications about the device, and now it would appear that this new Android tablet has appeared at the FCC. 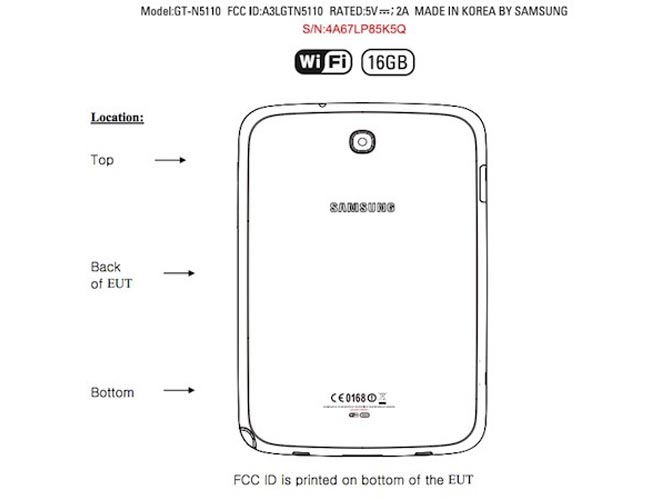 The Samsung Galaxy Note 8.0 will comes with an 8 inch Super Clear LCD display with a 1280 x 800 pixel resolution and will also feature Android 4.2 Jelly Bean, plus a quad core 1.2GHz processor and 2GB of RAM.

The Samsung Galaxy Note 8.0 will also feature a choice of either 16GB or 32GB of built in storage, plus a microSD card slot that will take up to 32GB cards, plus A-GPS, Bluetooth 4.0, USB 2.0 and WiFi, it will also come with mobile data connectivity in the form of HSPA+.

We should have more details about the new Samsung Galaxy Note 8.0 when it is officially announced at next month Mobile World Congress.