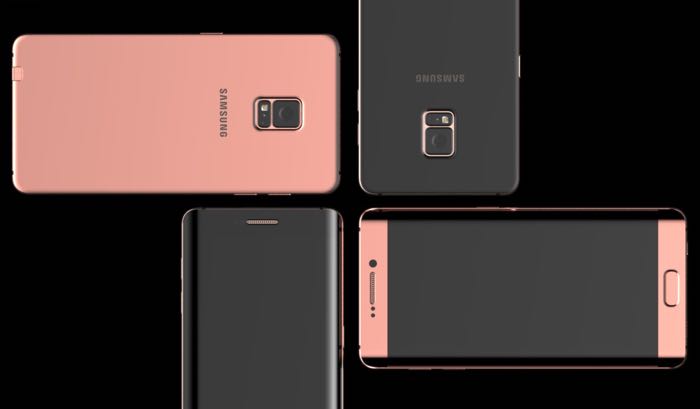 Yesterday we heard a rumor that the new Samsung Galaxy Note 5 could be launching in July and now we have a design concept of the Galaxy Note 5 Edge.

The Samsung Galaxy Note 5 Edge concept was designed by Ivo Maric and the handset takes its design inspiration from the Galaxy S6 and S6 Edge.

The video below gives us a look at what the Galaxy Note 5 Edge may look like if Samsung follows the same design strategy as the Galaxy S6 range of devices.

We have heard a number of rumors relating to the hardware on the Samsung Galaxy Note 5, the handset is expected to feature a display of between 5.4 and 5.5 inches and will apparently come with an Ultra HD 4K resolution.

Other rumored specifications on the Galaxy Note 5 include a Samsung Exynos 7422 processor, which is said to be one chip that companies the processor, GPU, RAM and LTE modem.

If the Samsung Galaxy Note 5 is launching in July, then we would expect some sort of official announcement from amsung in late June or early July, as soon as we get some more information, we will let you guys know.