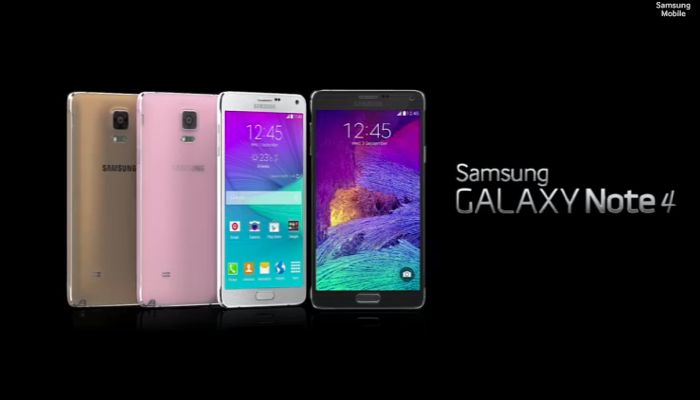 The Samsung Galaxy Note 4 is now official, and we have all the details and specifications on Samsung’s latest Galaxy Note, the company also announced the Galaxy Note Etch.

The new Galaxy Note 4 comes with a 5.7 inch Quad HD Super AMOLED display with a resolution of 2560 x 1440 pixels, the handset is powered by a choice of two processors as we heard previously.

The two processors on the new Samsung Galaxy Note 4 include an 8 core Samsung Exynos 5433 processor which will be available in the handset in South Korea.

The U.S. and European version of the Samsung Galaxy Note 4 will come with a quad core 2.7GHz Qualcomm Snapdragon 805 processor and an Adreno 420 GPU, both models of the handset will feature 3GB of RAM. 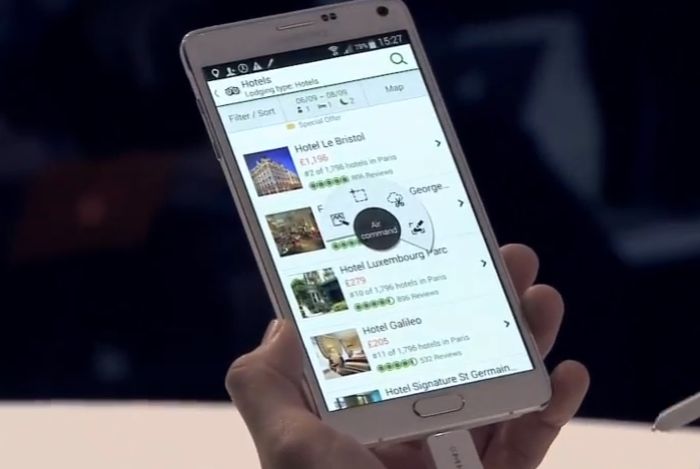 The handset also features a choice of 32GB or 64GB of built in storage, plus a microSD card slot that will let you add in an extra 64GB of storage, the handset also comes with a new Samsung S pen.

The Samsung Galaxy Note 4 comes with Android 4.4.4 KitKat, we will have more information on the device, including a full list of specifications, when they become available.