The Samsung Galaxy Note 3 press event will take place in Berlin on the 4th of September, and we can expect to see more of the device at IFA in Berlin which starts on the 6th of September. 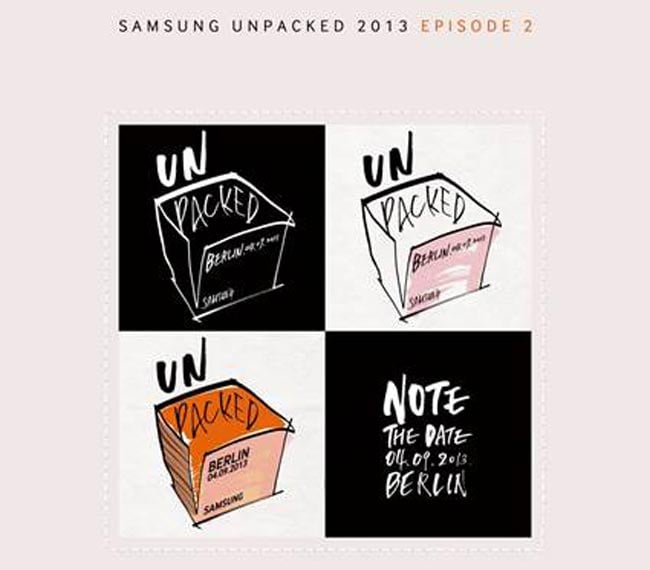 So far we have heard that the Samsung Galaxy Note 3 will come with a 5.7 inch or 5.99 inch full HD display, a 2.3GHz Qualcomm Snapdragon 800 processor and 3GB of RAM, you can find out more details about the handsets rumored specifications here.