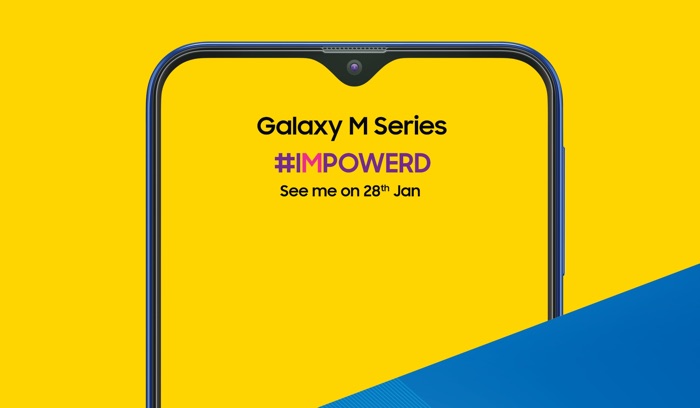 We have heard various rumors about the new Samsung Galaxy M smartphones and now Samsung has set up a micro site for the handsets and they will be made official on the 28th of January.

The Samsung Galaxy M smartphones will be made official later this month and we have already heard about the Galaxy M10 and Galaxy M20.

As we can see from the teaser photo about the Galaxy M will come with a notch at the top of the display, the handsets will use Samsung’s Infinity V type displays.

We are expecting to see a number of different models in the new Galaxy M range of handsets and we will have full information on these new smartphones when they are made official by Samsung laster this month.