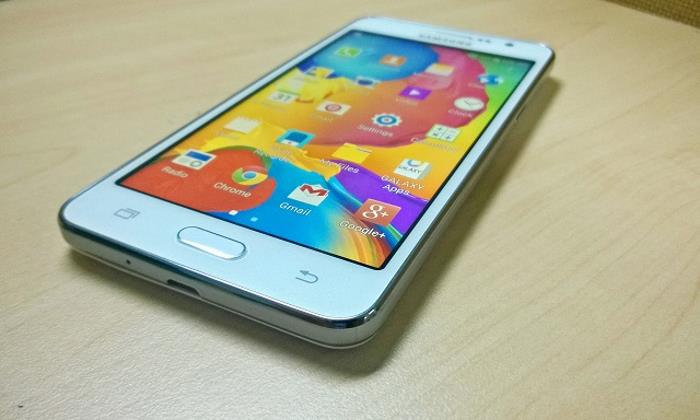 Sprint has announced that the Samsung Galaxy Grand Prime will be available on its network from this Friday the 10th of July.

The Galaxy Grand Prime will cost $240 on Sprint and the device will be available for 24 monthly payments of $10 with a new service plan.

The handset will also be available for $29.99 on a new two year contract with the carrier and if you want to buy the device outright it will set you back $240.

The Samsung Galaxy Grand Prime comes with a 5 inch display that features a qHD display with a resolution of 960 x 540 pixels and the handset is powered by a quad core 1.2GHz processor.

The Galaxy Grand Prime features a 2600 mAh battery and comes with Android 5.1 Lollipop, it also features, Bluetooth, WiFi, 4G LTE and WiFi Calling, you can find out more details about the device over at Sprint at the link below.