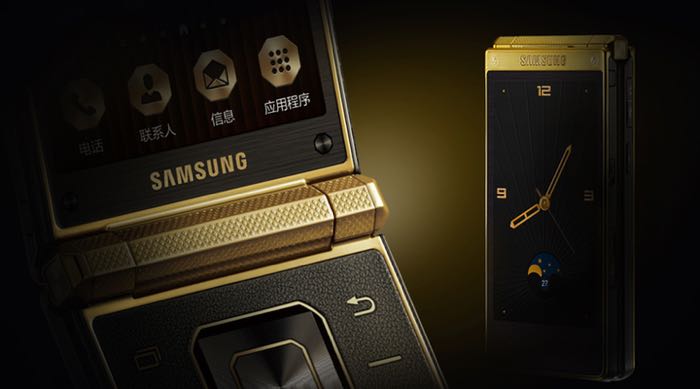 It looks like Samsung will be launching another Clamshell Android smartphone, the Samsung Galaxy Golden 3.

The Samsung Galaxy Golden 3 will come with the model number SM-W2016 and the handset recently appeared in some benchmarks, which have revealed some of the specifications on the device.

The Galaxy Golden 3 will feature a 4.6 inch display with a HD resolution of 1280 x 768 pixels and the device will feature an octa core Samsung Exynos 7420 processor, this is the same processor that is used in the company’s current flagship devices. 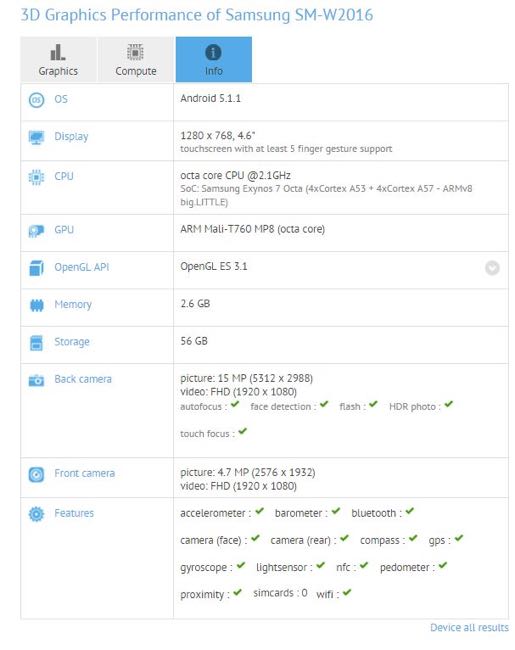 Other specification on the handset include 3GB of RAM and 16GB of built in storage, it looks like the device will also feature high end cameras. The front camera on the handset will be a 5 megapixel camera and the rear camera will come with 16 megapixels, the device is listed with Android 5.1.1 Lollipop.

Samsung launched its previous Galaxy Golden devices in China, it is not clear as yet on whether this handset will only be released in China, or whether Samsung also intends to launch it in other countries.

Updated 1.52PM UK time, it turns out this may actually be the new Samsung Galaxy S6 Mini, more details here.