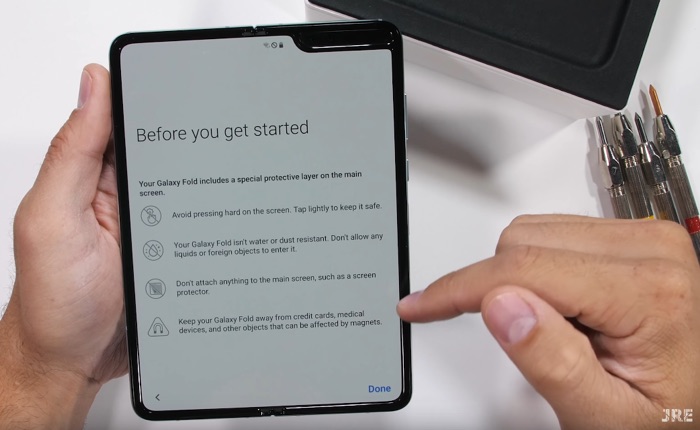 Samsung’s new Galaxy Fold smartphone launched recently, the original launch was delayed after a number of earlier reviews of the handset found problems with the display.

Now that the new one has launched, Zack from JerryRigEverything has decided to put the handsets through its paces, will this new updated model pass his durability tests? Lets find out.

The handset is out through a range of tests, including a burn test, scratch test and of course the all important bend test.

The device did OK in the burn test and the bend test, it was still working and did not snap in half in the bend test.