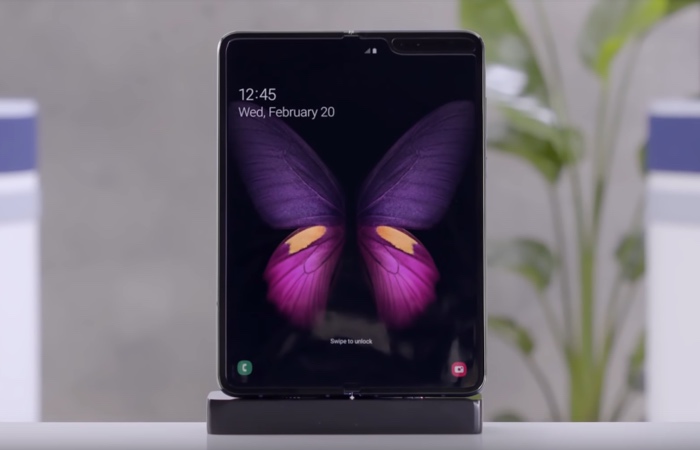 The Samsung Galaxy Fold was made official along with the Galaxy S10 last month, all the videos we have seen of the handset have been official ones from Samsung.

What is interesting from the video and not seen previously in Samsung’s videos is that the fold in the center of the display is clearly visible.

As a reminder the Samsung Galaxy Fold features a 7.3 inch display that folds in half, there is also a secondary display when the handset if folded. The device is powered by a Qualcomm Snapdragon 855 processor and it also comes with 12GB of RAM and 512GB of included storage.

Samsung will be launching their new Galaxy Fold smartphone next month and the device is going to cost around $2,000.