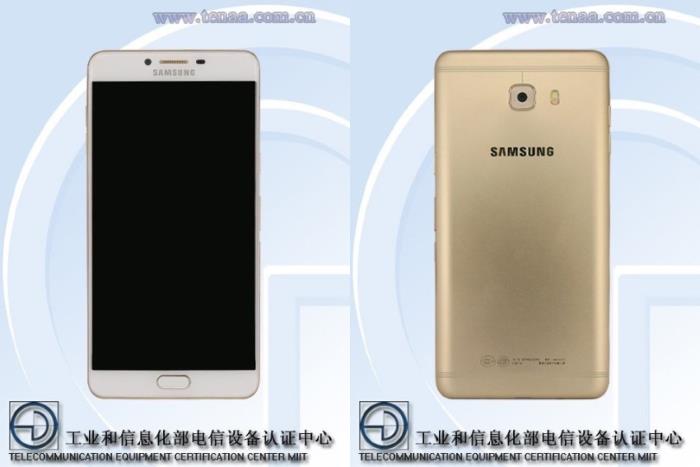 Samsung Galaxy C9 has seen its fair share of rumors and leaks in the past few days. The handset was teased by the company lately, and it seems we may get to see the handset very soon.

Recently, the metal-clad Samsung Galaxy C9 passed through Chinese certification body TENAA, which is usually the last stop before the handset is officially launched.

The handset comes with a metal housind and a premium design, featuring a rear camera with dual-tone flash on board. The images from TENAA made their way through the internet, and we even spotted the handset a little back on GFXBench, revealing what we can expect from the handset.

As per previous leaks and rumors, the handset is expected to come with a 6-inch display sporting a resolution of 1920 by 1080 pixels with the processing handled by a Qualcomm Snapdragon 652 paired with 6GB of RAM and Android 6.0.1 Marshmallow as the operating system out of the box. Other listed features includes 64GB of internal storage, as well as a 16MP rear and front-facing camera.

Now that it has apparently passed through TENAA, it won’t be long before the handset is officially announced. We’ll update you as soon as we get any additional information.