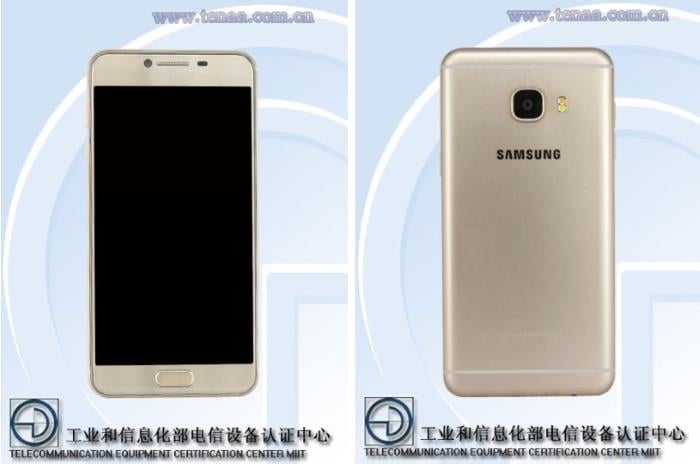 Samsung is reportedly working on the new Galaxy C Series handsets which are expected to launch in the next few weeks. Over the past few weeks, we’ve heard quite a lot about the handsets including some leaked images of the Galaxy C5 handset in all its glory.

Recently, the alleged Samsung Galaxy C5 passed through TENAA, a Chinese certification body, revealing a lot of details about the upcoming device including its specifications and images.

As it can be seen from the images above, the alleged device looks similar to what we’ve seen in leaked images in the past. The handset is expected to come with a premium metallic finish and a decent set of specifications on board. As per TENAA, the alleged device will come with a 5.2-inch display sporting a resolution of 1920 by 1080 pixels, a Qualcomm Snapdragon 617 processor paired with 4GB of RAM and 32/64GB of storage on board.

There’s a microSD card slot, 16MP camera for photos and videos, 8MP front-facing camera, a 2,600 mAh battery and ships with Android 6.0.1 Marshmallow as its operating system out of the box.

Samsung is expected to announce the new handset in China on May 26th, we’ll update you as soon as we get any other information.