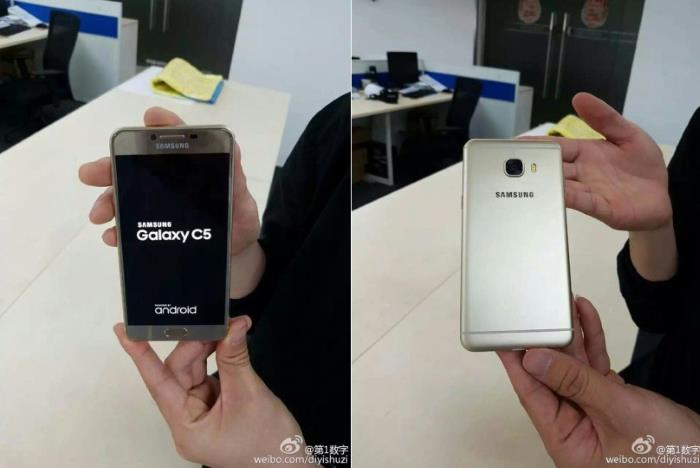 Earlier this month, some images of the alleged Galaxy C5 were leaked on to the internet giving us a glimpse of what the handset will look like.

If those were not enough for you, some more images of the Galaxy C5 surfaced on Weibo showing us a clearer image of the alleged device.

The images above shows us the welcome screen, which clearly mentions that it’s the Samsung Galaxy C5 as well as the back of the device. It seems the handset will come with a premium metallic body.

As for the specifications, rumors suggest that the handset will come with a 5.2-inch display sporting a resolution of 1920 by 1080 pixels, as well as a Qualcomm Snapdragon 617 processor under the hood. Other rumored specifications include 4GB of RAM, and Android 6.0.1 Marshmallow as the operating system.

There’s no word about the exact launch date of the handset, but we’ll update you as soon as we hear anything more about the handset’s launch and pricing.