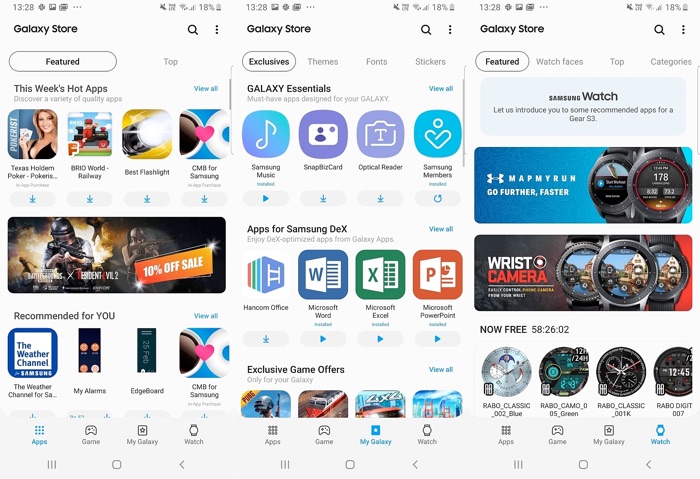 Samsung has changed the name of its app store from Galaxy Apps to Galaxy Store, the new name comes as part of the companies new One UI design.

The company has rolled out this new name to its store and also given the store a new look with its One UI design. It comes with the same design as Samsung’s devices that are now running their latest android Pie software.

The app store remains the same apart from the minor design changes and the new name, which suggests that Samsung may offer more than just apps from the store in the future.

The new Samsung Galaxy Store app is now available for your device and it is being rolled out to handsets that are running Android 9.0 Pie.