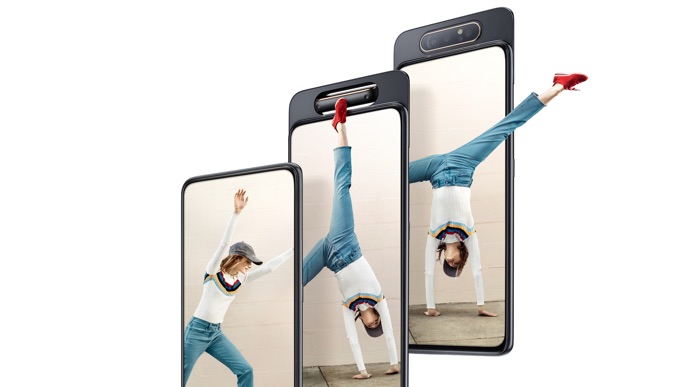 Earlier we heard about the new Samsung Galaxy A80 smartphone, the handset features a rotating triple camera that can be used for the front and rear camera.

Now Samsung has released some videos which give us a look at the design of the handset and also the new rotating camera.

The next videos gives us a better look at the rotating camera on the handset and how its works, the camera looks impressive from the video.